CITY TRAIL: Warsaw and Bydgoszcz for the fourth time

On the weekend of February 19-20, two runs were held as part of the CITY TRAIL series with Nationale-Nederlanden. On Saturday, runners from Warsaw started, and on Sunday – from Bydgoszcz. Blazej Brzezinski won Sunday’s race, thus securing triumph in the overall classification. It was the last unknown in the “overall” in Warsaw and Bydgoszcz. In the Warsaw installment of the cycle, the victory was already secured in January by Dominika Stelmach and Piotr Mielewczyk. Also since January, Aleksandra Brzezinska is certain of winning the Bydgoszcz women’s general classification.

– I’m happy with today’s win, but the time and disposition can’t be counted among the best. I’m in the preparation cycle for the marathon, so my training looks a bit different than under 5km. In the spring I’m running a marathon in Vienna. I run 115km a week, in the past week I did „fours” at a pace, well… such as the one in which he ran the 5 today at CITY TRAIL. I have already run on this route under 18 minutes. Certainly a disturbing factor today was the strong wind, the direction of which cannot even be determined. This is my third victory in several years of competing on the Młocińska route. I won one of them during the summer CITY TRAIL onTour. I have two third places in the current season and today’s win – said after the competition Emilia Mazek. 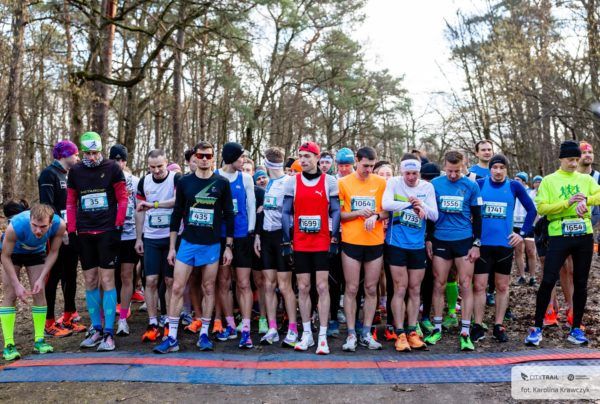 On the routes after a break of several years returned Anna – Gzyra Augustynowicz, Actress known from many TV and cinema productions.

– I thought I would run a little faster. The average pace of today’s cross-country top five was 6:28. Certainly the weather had an impact, but also the fact that I started a little later to the start and…I was a little late. I had to chase a group of competitors. Probably starting right away in the group would have shielded me from the wind. In general, it is more difficult to run in solitude, so let’s consider that the start after the break went decently. I think next month will be much better – she said at the finish line.

The main race was completed by 426 people. There were 193 young athletes competing in the CITY TRAIL Junior event. The last run of the edition in Warsaw will take place on March 19. 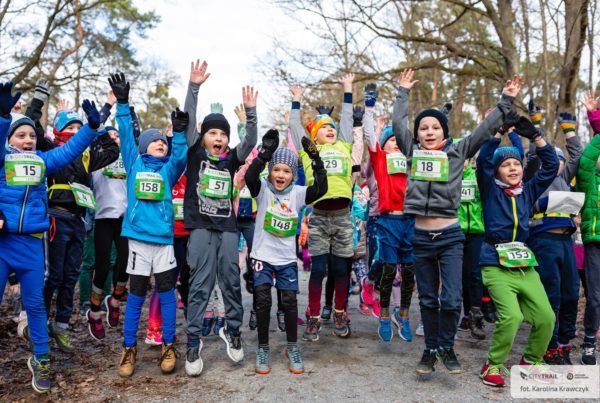 Sunday’s cross-country five with start and finish at the Różopole Glade was won – for the third time in the season – by Aleksandra Brzezińska (time 14:53) Błażej Brzeziński (time 14:53). Second place went to Mateusz Kaczmarek (15:01), and third was Paweł Ochal (15:48).

– I really wanted to win today. If I had lost to Mateusz Kaczmarek it would have been a tie between us, and the outcome would have been decided on the last run. I, unfortunately, will not participate in the last run, so the only sure chance to triumph in the cycle was today’s run. The fast pace also suited me. With the prospect of a 10km start soon, running a cross-country 5k at a pace of 2:59/km makes us happy. For a moment I thought about attacking the course record, but I found that the conditions on the route were not ideal so I let go of the. Overall it wasn’t too bad. The tree in two places did not interfere at all. This is completely normal. At crosses in Europe, in which I have often competed this height or size of obstacles is the norm. So overall it was really not bad, but to break the route record, however, the conditions must be perfect. Overall, I feel ready for a challenge. I am rested this year both physically and mentally. May 6 important start, the World Military Marathon Championships held in Peru – he said at the finish line Blazej Brzezinski. 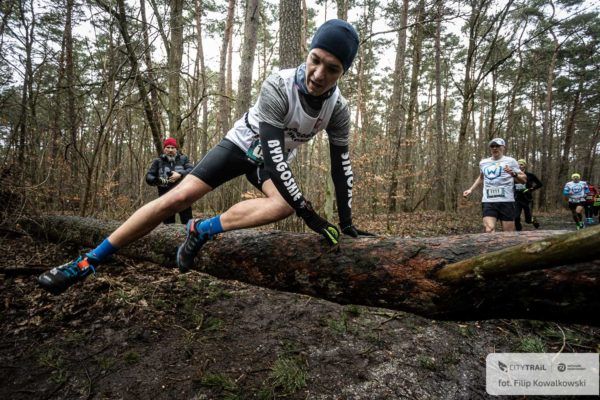 Among the women, the victory came with a confident overall win from January – Aleksandra Brzezinska. Her time is 16:37. Second place was won by Olga Ochal (17:35), and the third was the Marta Szenk (18:56).

– I ran very well today, but it’s not that I didn’t get tired! No, no, my smile on my face at the finish line is not an extension of the excitement of the route. I had to get tired, but the finish line itself only gives off positive emotions. Now it is even more pleasant for me when I found out that so many results among the best obtained by women on CITYTRAIL belong to me. It obliges even more! I’ll admit that I didn’t run particularly fast in my training sessions. While I do a large volume. Even after 170km a week. Such arduous work will allow him to maintain an even, stable form longer. Today I probably lost a number of seconds braking in front of trees lying across in two places. It was a real obstacle run! – reported after the competition Aleksandra Brzezinska.

The main race was completed by 368 people. 126 young athletes competed in the CITY TRAIL Junior event. The last run of the edition in Bydgoszcz will take place on March 20.

The next CITY TRAIL runs with Nationale-Nederlanden are scheduled for February 26 in Wroclaw and February 27 in Katowice.