"For the Easter Egg" – competition on old ski equipment

After a two-year break, participants in one of the most picturesque ski competitions under the Tatras returned to the start in Kalatówki. The "For the Easter Egg" competition im. Krystyna Behounek's ski races were traditionally held on Easter Monday, and the condition for taking part was old ski equipment.

Wooden skis, classic bindings, leather boots and bamboo poles are the regular kit of anyone willing to take part in the Christmas downhill. The competition "For the Easter egg" was first held in 1998. Since then, on the ski slope in the Dry Gulch you can admire the athletes in costumes reminiscent of pre-war fashion and their skiing skills.

The competition is held in two categories. The first – is a style ride. It consists of one run, during which the elegance and correctness of skiing on wooden skis is judged. Category two is a time trial, or parallel slalom, in which ladies face off against gentlemen in competition. In addition, before the start, both costumes and equipment are evaluated by a jury. The main trophy is a large Easter egg.

The event was initially an intimate affair. Today, it attracts around 150 competitors and an even larger crowd of supporters. During this year's competition, a collection for Children and Mothers from Ukraine was organized in cooperation with the "Let's Help Together" Foundation from Krakow. 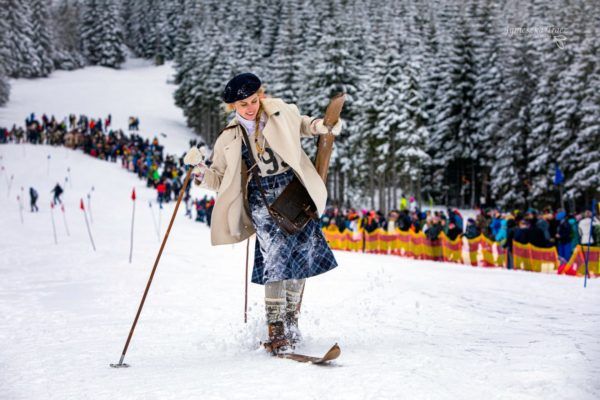