Greatly prepared bike paths and trails of Velo Malopolska take us deep into Lesser Poland. Disregarding the weather forecasts dominated by heavy rain, we glide along the embankments over the Vistula River. The smooth trickle of asphalt allows you to focus on observing nature and landscape. Storks gliding low over the green fields. In the end, all day we somehow manage to maneuver between thunderstorms – only in the late evening a few harmless drops fall on us. But the next day we are hit by a real downpour.

In two days we cut a triangle on the map. This is the connection of several main VeloMalopolska bicycle routes: 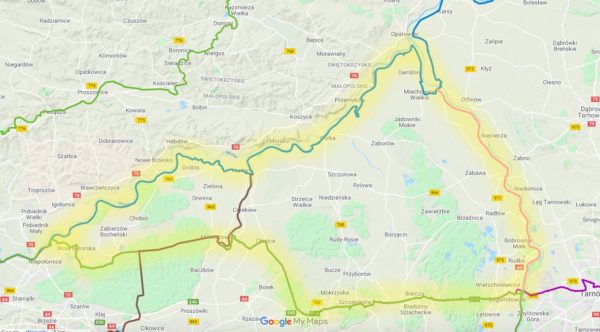 It is always more pleasant to make a loop than to return along the same road. Using the prepared paths, we can move quickly, safely and not focus too much on navigation. Most of our route followed the bike paths marked above, but in a few places we deviated to forest paths or asphalt roads to reach places of interest. There was no traffic anywhere, neither bicycle nor car traffic. Practically the entire route led on flat terrain, there was not a single strenuous climb. As a result, we rode without much effort a total of 244 km.

We took Niepołomice as our starting point. Leaving behind the former residence of the Piasts and Jagiellons (today there is a museum in Niepołomice Castle) we set off with the course of the Vistula, its right bank. This stage is long and very quiet – most of the time we ride on a high embankment, on one side of it the river approaches then moves away, the other is filled with a gentle landscape of fields dotted with individual farms. 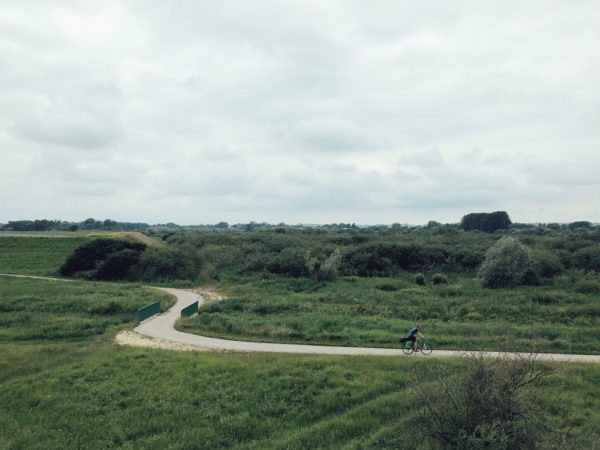 This is how we reach the place where the waters of the Vistula and the Dunajec rivers merge (near the village of Ujście Jezuickie). We squat, watch the ferry crossing. Later, we will cross to the other side of the Dunajec River ourselves, but a little lower – in Szymanowice. There is something beautiful in such use of the forces of nature – the ferry has no engine, it moves only by the current of the river. Ferry on the Vistula River, right at the mouth of the Dunajec River (fot. MG / outdoormagazine.en)

In the late afternoon we reach Zalipie – it's a small village long known for its painted cottages. We rest a while between two of them – it resembles an open-air museum.

We end the day on the edge of a small forest located east of Mędrzechów. Camping at the edge of the forest (photo. MG / outdoormagazine.pl)

The second day is the return – a piece of the same route, then south, this time along (and against) the current of the Dunajec River. At the level of Tarnów we left the river and headed west. This day we cover 126 km, the route is a bit more varied, more small towns and forest stretches breaking the monotony of fields observed from the embankment. 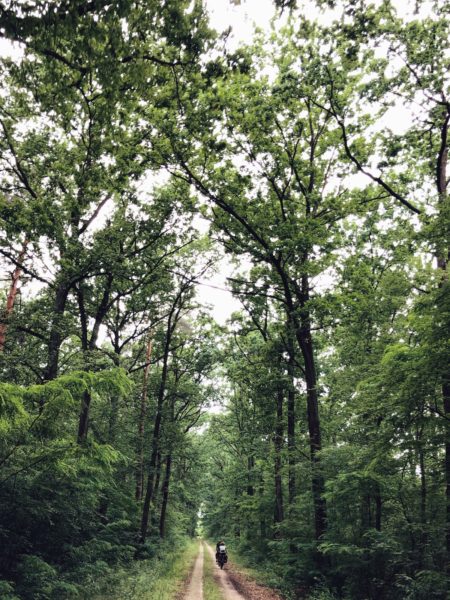 Lush and luscious greenery accompanies us for most of the way

The icing on the cake is the Niepołomice Forest – incredibly juicy and lush at this time of year and after the recent rainfall – the forest itself is a place worth visiting. This is where the cloudburst gets us. R zeki come out of the riverbeds, the forest is drowning in water that overflows the path in places. Several times we ride in water reaching the crank. And good thing too, because it made the end of our trip take on a completely different character, I think you know what I'm talking about.