You will read about it in 17. issue of Outdoor Magazine: AKOR Expedition is the first and longest expedition from the northernmost Arctic island that is part of Canadian territory to the country's southern border with the United States. A total of eight participants took part in the expedition. Two of them, Nicolas Roulx and Guillaume Moreau, completed the entire route. The crew traveled by human-powered means, which divided the journey into three stages: skiing, kayaking and biking. This article is an appendix, supplementing the main material in print.

AKOR Expedition goes beyond sporting challenge. This is an expedition carrying a proud scientific element through the world. Guillaume Moreau, a doctor at the University of Toronto, traveling through the Canadian taiga had the opportunity to make progress in his research project. As part of his post-doctoral program, he examined the effects of a warming climate on the growth rate of Canadian taiga forests. As the team covered more kilometers of the Saskatchewan province, Guillaume collected samples of black spruce for later analysis. The results unequivocally showed that rising air temperatures adversely affect the growth rate of boreal forests. Warmer climate change brings serious consequences in the form of weather anomalies. Strong winds, storms, rapid temperature fluctuations weaken entire ecosystems.

The study of the boreal forest ecosystem is one of three research projects that developed in parallel to the AKOR Expedition. Laval University's Physical Activity Laboratory and the University of Quebec, based in Rimouski, in collaboration with the participants of the first leg of the expedition, leaned into the question of how the human body adapts to extreme environmental conditions in Arctic and sub-Arctic climates.

The project was aimed at studying the mechanisms of adaptation of the human body to the extremely low temperatures and physical exhaustion to which the crew was exposed for a very long time. The study leaders seized an opportunity that doesn't come along very often. No ethics committee would allow a study lasting 8 months to be conducted under Arctic conditions. Scientists from Canadian universities approached AKOR Expedition with a request to be able to observe how their bodies handled the challenge on a physiological and mental level. They were keen to collect as much data as possible in order to optimize preparation strategies for more such expeditions in the future. Both in health and safety terms.

In the process of adaptation to extreme conditions, a huge role is played not only by the body, but especially by the mind – emphasizes Nicolas. Of course, physical preparation is essential, but at a given time and in a given situation, the mental disposition is of paramount importance. More than once we had to march on skis for 12 hours, in temperatures of about -30 degrees Celsius. We slept five hours a night. After a few days like this, the body begins to say "enough". However, it is never a sharp cut – categorical refusal. There is always that gray area where the mind can manifest its power. It simply forces the body to perform an effort that normally seems impossible. However, it is necessary to build in ourselves the awareness that we have such a resource. In retrospect, it is funny how we initially assessed the level of pain we felt during the first days of the trip. There were situations in which we rated it 9/10. The next day was even worse and we gave it 10/10. In two days we would run out of scale. This made us start to relativize the suffering. Our perception of pain has evolved every day. Pain is never absolute. Always relative. 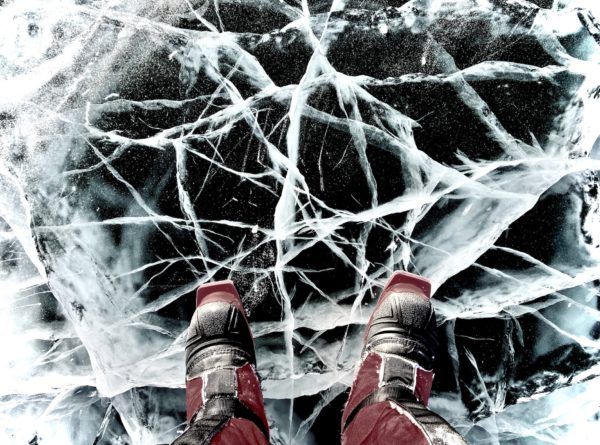 Voluntarily subjecting oneself to extreme situations and exposing oneself to suffering is one thing. Forced confrontation in the struggle for survival – second. What about when pain becomes a daily companion and becomes a permanent fixture in a person's life?

Dr. Nathalie Clément, hearing about the planned AKOR Expedition, came up with an interesting idea. Involved a 15-person group of her charges in a parallel project – Versant AKOR. Her patients suffer from chronic pain of high intensity. Their functioning is combined with constant suffering. Dr. Clément saw in the project the prospect for her subjects to regain, to some extent of course, control over their own lives. The Versant AKOR crew was tasked with following the struggles of the AKOR Expedition and covering the same distance in parallel in a way that was achievable for themselves. Patients took long walks, cycling and similar activities for this purpose. Everything to the best of one's ability.

Thanks to such an initiative, people who face difficult illnesses on a daily basis were able to find a reference point for their suffering. We provided them with a living example of what a person is capable of enduring in order to survive, and how far they can push the limits of endurance to reach their goals. It restored their motivation to take action. Some of them undertook major changes in their lifestyles, which have since been part of their strategies for dealing with chronic pain. Many people confirm that their perception of pain, the way they perceive it in the context of daily life, has changed. They used to treat it as an irremovable obstacle to pursuing any physical activity. When it became clear that they could overcome this obstacle, the persistence of the suffering they were experiencing was reduced. Patients were able to formulate anew the scope of their abilities.

The benefits brought by the Versant AKOR project went even further. Its participants have made new friends, made various life plans and created a wonderful, mutually supportive community.